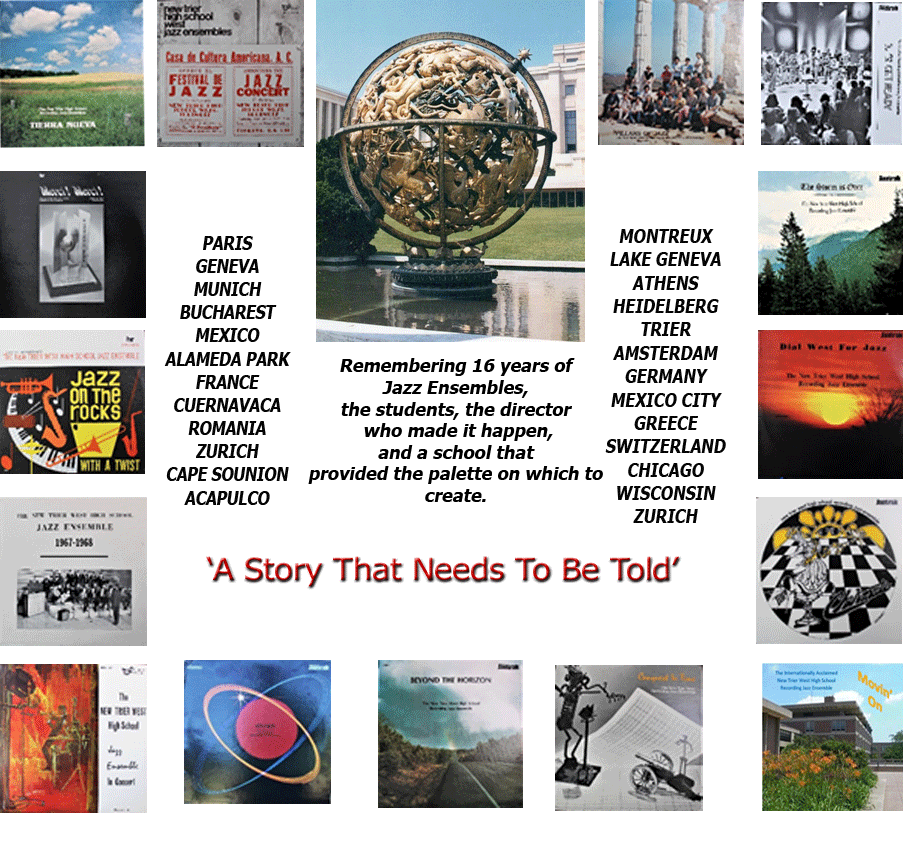 A Story That Needs to Be Told

Written and Performed by
The New Trier West High School Recording Jazz Ensemble Musicians, And Soundtraks Recording technicians
Who Were There

It took students who wanted to excel, a teacher who led the way, a school that provided the environment, a student body that revered their jazz ensemble, and an involved community to make it all work.

New Trier West High School Recording Jazz Ensemble members utilize this website to relate a 16-year story about a mature program of jazz education that was founded, in 1966, by their director, Roger B. Mills. A program that not only produced an unusually large number of active and renowned alumni, who pursued music-related careers, but also served as the inspiration and model for jazz programs, and educators, throughout the country.

After the 1981 merger of the two New Trier High Schools, Roger transformed the entire Jazz Studies Program, along with Soundtraks, the newly built recording studio, to the combined school where he continued as the director. The first, newly named, New Trier Recording Jazz Ensemble is featured within this website’s 1982 Band Folder. And today, some 57 years later, the Jazz Studies Program founded by Roger, continues as a testament to the vision he, and his students, created on the New Trier West High School Campus.